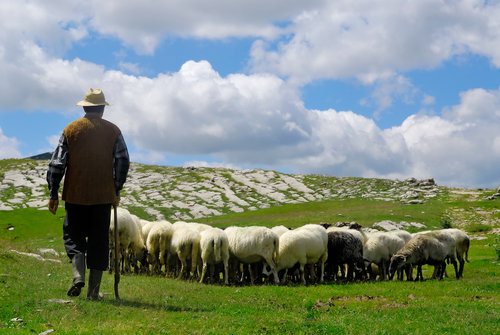 The Art of Leading from Behind

Considering a Chief of Staff

When you think of leadership, what first comes to mind? Maybe someone on a book cover, in the news for their latest acquisition, or on stage giving a keynote. Many of us subconsciously equate leadership to those in the spotlight because, through numerous motivational speakers, books, and social media accounts, we are led to believe leaders must be visible.

However, there are many who lead without the praise, accolades, or social media followers. Chiefs of Staff are some of the best examples of this. While the external world may never know of some Chiefs of Staff, their perception internally at the organization is much different. Inside, the Chief of Staff is undoubtedly a leader. They are championing change and culture, working to drive results, and fostering an environment that works for the greater whole rather than its parts.

Leading from behind is an art. And it’s required for Chiefs of Staff to be effective. It takes a special kind of person who does what is right for a company, a team, or even just one individual without the need for praise. Here are three ways Chiefs of Staff can lead from behind.

ACCEPT THE “BETTER TOGETHER” MENTALITY

Working “behind the scenes,” or as a second is command like a Chief of Staff does not mean you are a weaker leader. Successful leaders are best when they are matched with another who complements their strengths. An executive partnered with the right COS heightens the leadership of both individuals.

Consider an example from the moon launch when Commander Neil Armstrong was given final approval of the crew for the Apollo 11 mission. Another commander, James Lovell was presented as an alternative to Buzz Aldrin, but Armstrong chose Aldrin, stating he believed Lovell deserved his own top command on a future mission. We can speculate Armstrong’s reasoning, but wonder if Armstrong knew the choice of Aldrin was a better partner to him, and necessary for the team’s ultimate success of the mission. Executives and Chiefs of Staff who form a partnership are often better leaders together than they are separately. Acknowledging this first, is important to understanding how you can lead.

Your organization may have a great leader at the helm, but that doesn’t mean they are always in touch with the front lines. With intimidating offices and busy schedules, executives may not always project the most welcoming vibe to their staff.

The Chief of Staff can mitigate some of the apprehension to speak candidly with top leaders by creating an atmosphere for staff to come to them. With an open door, people feel more comfortable message testing, brainstorming, and voicing concerns with a Chief of Staff than they do with an executive. With dialogue and trust, a Chief of Staff can influence the culture from top, bottom, and across an organization, fostering an environment with shared opinions and input. The connection to all levels of the company, time spent listening and connecting dots, helps elevate issues that should be addressed, giving the Chief of Staff an opportunity to optimize the output of a team and help them feel more aligned to a greater goal.

One of the most important roles of Chief of Staff is that of The Prioritizer. (This may sound like a nerdy superhero, and we agree.) Executives have an incredible amount of work on their plate. If the COS can keep unnecessary tasks off their leader’s to-do list, it makes them and the organization more productive.

However, it is not a Chief of Staff’s role to do everything on their leader’s plate. It’s also not sustainable. When you empower others in the organization to step into their roles and take on work on behalf of the executive, everyone wins. This also empowers others in the organization to lead rather than having leadership rest on the shoulders of only a very few. Empowering others to fulfill the expectations of their roles is an important part of leadership. As Nelson Mandela describes in his autobiography, a great leader is like a shepherd: “He stays behind the flock, letting the most nimble go out ahead, whereupon the others follow, not realizing that all along they are being directed from behind.”

There are many ways Chiefs of Staff lead from behind. And while doing so may not get a shiny plaque or a photo in a magazine, it can significantly impact an organization. What ways do you lead from behind at your organization? Feel free to share your examples with us!