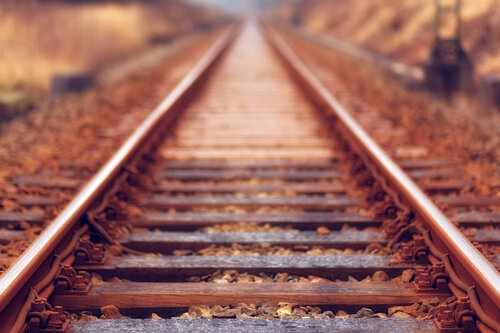 The Ten Unwritten Duties of a Chief of Staff

Developing a Chief of Staff, Employers

As former Chiefs of Staff, we find it important to help new Chiefs of Staff and their organizations understand the critical and often unwritten duties of the position. In a role largely undefined by a static set of responsibilities, there are still professional obligations that a Chief of Staff feels compelled to do given their unique seat at the table. Chiefs can look to these duties as helpful guardrails to define their success. Organizations can use these duties to help keep them on track.

Most often, principals don’t have a lot of accountability. We expect they hold everyone else accountable, but what about them? While boards of directors and executive coaches may play a role to varying degrees, the Chief of Staff can do this more regularly. As Chief of Staff, one of the essential duties is to ensure your leader is carrying out the strategic objectives of the organization in a way that is aligned to its mission and values. You hold your leader accountable to this by pushing back when misalignment occurs and/or ensuring it doesn’t happen in the first place

The solution you provide as a Chief of Staff, more than any other, comes down to time. Our most precious resource. We all get the same amount of it, so it’s how that time is spent that really matters. A Chief of Staff must be fiercely protective of time – not only for their principal, but also for their teams and themselves. Effective use of everyone’s time should be the lens through which many decisions are made in this role.

EMPOWER OTHERS (DON’T DO THE WORK FOR THEM)

The job of a Chief of Staff is to properly equip and empower others to do their own jobs, not do the job for them. What good is it for a Chief of Staff to take on multiple roles of others while retaining people with little utility? Answer: no good. There are certainly opportunities for Chiefs to play the role of “gap filler” when interim support is needed, but not for the long term. This is an essential facet of leadership and an important one to learn as Chief of Staff.

“Will the Chief of Staff be a buffer?” One of the common questions that leadership teams ask us. If a Chief of Staff is performing in the role effectively, they are doing the opposite of buffering. They are the anti-buffer. They promote accessibility between the principal and their teams. How can adding a person do this, you might ask? See the other nine duties on this list.

A common concern among principals is having a Chief of Staff who is more “Chief” than “of staff.” In other words, they do not want a person using authority as though it was granted like a birthright upon hire. Chiefs must garner authority in this role through dedicated and genuine relationship building—and showing care for others. Once they establish authority, they must also remember to keep using it for good.

I think every Chief of Staff has days they feel more like a babysitter: Daniel is miffed at Jamie for taking the lead on a project that he felt should be his. Now Daniel is keeping information from Jamie to get even. The age-old power struggle. These situations are inevitable to organizations as long as humans comprise them. But how is the Chief working to build bridges in times of strife and discord? How do they work to focus people on their common goals rather than their differences? Sometimes we must remind teammates that we all play for the same team.

At our recent Chief of Staff Summit, a well-known Chief of Staff showed a picture of his dog. The audience melted. A sign of being human creates vulnerability and closeness among humans. Demonstrating humanity comes in many forms – admitting fault of a mistake or telling your team when you’re having an “off” day. Expectations can be high for the Chief of Staff, but they should still be human. Chiefs work to bring more humanity back to the workplace.

COMPLEMENT THE PRINCIPLE (DON’T COPY THEM)

We thought imitation was the highest form of flattery, too, but it doesn’t get a Chief very far in this role. To be liked and respected by their principals, it can be easy to fall into the habit of trying to be just like them. Copying someone leads to more of the same. It emphasizes, rather than mitigates, their own shortcomings. Two visionaries will not finish a project. What a Chief of Staff brings to this role is best when complemented with their principal, not matched. By all means, Chiefs should learn from their bosses and put those learnings to use, but the workplace needs everyone’s unique skills and strengths, not a copy of someone else’s.

HAVE A POINT OF VIEW

The Chief of Staff role is a unique opportunity to learn leadership through the lens of others. Every Chief must then answer the question, “What kind of leader do I want to be?” To do that, Chiefs must always establish their own points of view. A Chief of Staff is often encouraged to learn the thought processes of their principal to anticipate needs, fight fires, and stay steps ahead. However, it is important that the principal’s lens is not the only lens used. The Chief of Staff’s own lens, created from their innate abilities and experiences, is extremely valuable to an organization and keeps a Chief from losing their own identity in the role.

We know the Chief of Staff (often) “reports to” the CEO or another executive. However, who they report to and who they serve need not be one in the same. The hope is that serving the principal and serving the organization are aligned, but in times when they are not, does the Chief ensure the success of all or the success of one? This is a decision every Chief of Staff must make.

We also want to hear from you. If you are a Chief of Staff or the leader of an organization who employs one, are there other unwritten duties you would add? Join in the conversation by commenting below!