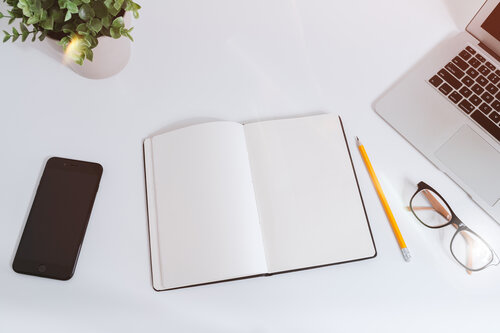 The Biggest Thing Chiefs of Staff Should Know About Their Boss

COS Spotlights, Developing a Chief of Staff, Employers

There’s no shortage of good advice on how chiefs of staff can build stronger relationships with their bosses. Developing trust is key. Showing initiative and asking smart questions also matter.

But there’s a step even more important than those, and your success depends on it: assessing whether you are working for a reader or a listener.

If you get this right, there’s a good chance everything else will fall into place. Get it wrong and trust won’t grow no matter how savvy your questions are.

Management pioneer Peter Drucker introduced the concept of reader vs. listener in his seminal essay “Managing Oneself”. It’s an idea that’s not complicated and yet is almost entirely overlooked. “Far too few people even know there are readers and listeners and that people are rarely both,” Drucker writes. “Even fewer know which of the two they themselves are.”

John F. Kennedy, Drucker notes, was a reader. As president, he performed best when he was briefed in writing and had time to digest the material. He “assembled a brilliant group of writers as his assistants, making sure that they wrote to him before discussing their memos in person.” Lyndon Johnson was a born listener – gregarious and quick on his feet. There was only one problem: he didn’t know it. So, after Johnson became president following Kennedy’s assassination, he kept all of Kennedy’s writers on his staff. “He never, apparently, understood one word of what they wrote,” Drucker notes – and his presidency, despite some major accomplishments, never fulfilled its true potential.

As chief of staff, you need to know which type your boss is because being a reader or a listener determines how they process information and make decisions. If you are not aligned on something as fundamental as this, it’s hard for them – or you – to be successful. Following these 4 steps can help you make progress:

You can spend a lot of time observing your boss and trying to make an educated guess. Or you could simply pose this question: “How do you like to learn – by reading or through conversation?” They might not know the answer, as Drucker observed. There’s a good chance they’ve never considered the question at all. But give them the chance and see what they say.

There’s an old saying among perpetually skeptical journalists – “If your mother tells you she loves you, check it out.” If your boss has no idea if she’s a reader or a listener, you need to skip to this step anyway. If she says with confidence that she’s one or the other, you need to check it out. If it turns out her behaviors are inconsistent with her self-diagnosis – she thinks she’s a reader but is actually a listener – then you don’t really need to point this out. Diplomacy, after all, is a quality of good chiefs of staff. You just need to act on your knowledge. Which leads us to….

Once you know which type you’re dealing with, you need to act on it. If you are a reader and so is your CEO, then it won’t be hard to understand each other. Simply provide information for him the same way you like it provided for you. But, if you and your boss are opposites, then you’ll need to make some accommodations. I once had a boss who loved to talk; this was how he learned. I’m a natural born reader and couldn’t figure out why he would never look at my emails or memos. Finally, it dawned on me that I could accomplish much more if I did the one thing I usually tried to avoid as much as possible: schedule meetings and talk through the agenda. This wasn’t my preferred style but it was his. And guess what? He was the boss. So I made it work. Which is why you must…

In Drucker’s words: “Few listeners can be made, or can make themselves, into competent readers – and vice versa.” Don’t waste time wishing your boss had your preferred style and – even more crucially – don’t try to mold her into your preferred style. All that will do is frustrate her and undercut you. Accept the situation and learn how to work within it. If you’re a chief of staff, there’s a good chance you already know how to do this.

One final suggestion: If the reader vs. listener concept resonates with you, read the entire “Managing Oneself” essay. It’s one of the most fascinating pieces on self-development you’ll ever encounter. And if you’re a listener, take heart – there’s an audio version.

Stephen Martin is chief of staff at the global nonprofit Center for Creative Leadership and writes at www.stephenadammartin.com.