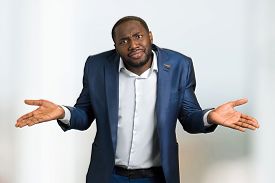 “Is a Chief of Staff just a glorified assistant?”

It’s the question we are asked more than any other about the Chief of Staff (COS) position, and it’s one that rankles many Chiefs of Staff. At the same time, we understand why it’s asked these days. The COS role is, in many ways, a relatively new one to the business world, and it’s often poorly defined. A quick search on an online job board for “Chief of Staff” populates hundreds of job openings—spanning everything from Executive Assistant/Chief of Staff to Chief Strategy Officer/Chief of Staff. Also leading to its murky characterization is the very broad spectrum of responsibilities that is often associated with it. Clearly some definition and stratification is needed.

The benefits of giving this role a clearer definition go beyond professional awareness and courtesy—it also helps the organization. For one thing, a proper COS title can be a powerful recruitment tool, reflecting a position that works closely with an executive as a gatekeeper between the leader and the rest of the organization. Chiefs of Staff often go on to become executives themselves, so the COS title will likely appeal to rising stars intent on learning the ropes. It also helps control title inflation, which is important when it comes to paying employees for the position reflected. Next, a clearly defined Chief of Staff helps others both inside and outside the organization understand the role and its working relationship with the executive. If the title is incorrectly defined or understood, you risk putting off others by the title alone or leaving colleagues confused about what the COS actually does. Similarly, a proper Chief of Staff title also lends consistency to the knowledge, skills, and abilities required for the position across a larger organization, which may employ multiple Chiefs of Staff.

So, what is the proper definition of a Chief of Staff? Here’s a short definition:

Chief of Staff: a professional who serves as a project manager, people manager, and strategic advisor to a leader, allowing that leader to focus on their organization’s highest-level business priorities.

To flesh this out a bit, think of the overall composition of a COS in the following three parts:

Project management – A true COS takes lower-priority work off the leader’s plate and either delegates it to an appropriate person or does it themselves. They also guard against unnecessary work landing on the leader’s desk in the first place. For the work that is to be done, the COS expertly manages those tasks ensuring they are completed timely and accurately.

People management – A COS serves as the “eyes and ears” for a leader. The COS walks between the often-fragmented gap among a company leader, its senior management team, and its employees as a whole. By staying clued in to going on and challenges amongst departments, teams, and individuals, the COS bridges this gap and relays the important information to the leader.

Strategic advisory – A COS is an active participant in almost everything their leader does. As their extension, the COS represents themselves as such: offering points of view on the company’s strategic direction and adding to conversations, whether it be with the leader alone or other internal and external constituents. As a sounding board and confidante, the COS holds an important seat at the table.

If determining whether to employ or title someone as a Chief of Staff at your organization, let this responsibility spectrum be a helpful guide:

Keep in mind this spectrum is meant to show where the majority of time is spent, though it should be understood that any of these roles may work across it. Therefore, a senior COS is spending a majority of their time on the advisory end, and a more junior Special Assistant on the administrative end. There is, then, a variety of tasks that may be correctly assigned to this role (and yes, that may occasionally include utilitarian tasks such as printing documents or making coffee runs). However, a true Chief of Staff is doing a lot more than “glorified assistance,” they are acting as a highly critical right-hand workhorse for your company’s leadership and entire organization.